Winners announced for the 2019 AMAs

LOS ANGELES (November 24, 2019) Tonight, the world’s biggest artists and pop culture icons came together to honor idols, newcomers and record-breakers at the “2019 American Music Awards.”  Multi-platinum selling artist Ciara hosted the show, and kicked the night off with a performance of her new single, “Melanin.”  The show aired live from the Microsoft Theater in Los Angeles at 8:00 p.m. EST on ABC.  *The full list of winners can be found below.

In one of the most talked about musical performances of the year, Artist of the Decade Award recipient, Taylor Swift, brought the house down with a medley of her biggest hits from the past ten years including “The Man,” “Love Story,” “I Knew You Were Trouble,” “Blank Space,” “Shake It Off,” where she was joined by Halsey and Camila Cabello, and “Lover.”  She accepted her award with an impassioned speech, telling her fans that all artists want to do is “create something that will last,” and thanking them for the “fun, incredible, exhilarating times” and countless memories they have shared together over the years. Having won six awards tonight, Swift also broke Michael Jackson’s long-standing record of most American Music Award wins of all time; she now tops the list with a total of 29.

Selena Gomez delivered an emotional opening to the show, taking the stage for the first time in two years for the world television premiere of her new songs, “Lose You To Love Me” and “Look At Her Now.”

There were performances for everyone, featuring newcomers and American Music Awards veterans alike.  Breakout artist Billie Eilish crushed her very first award show performance, with a fiery rendition of “all the good girls go to hell.”  Superstar Lizzo graced the AMA stage for the first time with a passionate performance of her single “Jerome.”  Three-time American Music Award winners, Green Day, celebrated the 25th anniversary of their legendary 1994 album, “Dookie,” with a performance of  “Basket Case,” as well as their latest hit, “Father of All…” Toni Braxton celebrated the 25th anniversary of her first AMAs performance, and had the audience singing along to her chart-topping hits “Breathe Again” and “Unbreak My Heart.”

The night ended on a high, with the entire audience on their feet for Shania Twain’s return to the American Music Awards stage for the first time in 16 years.  The country icon performed a crowd-pleasing medley of her biggest hits: “You’re Still the One,” “Any Man of Mine,” “That Don’t Impress Me Much” and “Man! I Feel Like A Woman!”

A big winner with two new trophies tonight, presenter, Carrie Underwood, now holds the record for most wins in the Favorite Album – Country category, surpassing legend Kenny Rogers, with whom she was previously tied.

American Music Awards nominees are based on key fan interactions as reflected on Billboard.com, including streaming, album and digital song sales, radio airplay, social activity and touring. These measurements are tracked by Billboard and its data partners, including Nielsen Music and Next Big Sound, and reflect the time period of September 28, 2018 through September 26, 2019. The American Music Awards winners are voted entirely by fans.

The “2019 American Music Awards” is sponsored by Dolby, T-Mobile and Wells Fargo.

For the latest American Music Awards news, exclusive content and more, be sure to follow the AMAs on social and join the conversation by using the official hashtag for the show, #AMAs.

About the American Music Awards
The American Music Awards, the world’s largest fan-voted award show, features performances from today’s hottest artists and presents fan-voted awards in the music genres of Pop/Rock, Alternative Rock, Country, Rap/Hip-Hop, Soul/R&B, Adult Contemporary, Contemporary Inspirational, Latin, EDM and Soundtrack, and the categories of Artist of the Year, New Artist of the Year, Collaboration of the Year, Tour of The Year, Favorite Social Artist and Favorite Music Video. The American Music Awards pays tribute to today’s most influential and iconic artists.  The show is produced by dick clark productions and is seen in more than 200 countries and territories around the world. For more information, visit www.theamas.com, www.dickclark.com or abc.go.com/shows/american-music-awards.

About ABC Entertainment
ABC Entertainment airs compelling programming across all day parts, including “Grey’s Anatomy,” the longest-running medical drama in prime-time television; riveting dramas “The Good Doctor,” “How to Get Away with Murder,” “A Million Little Things” and “Station 19”; the Emmy® Award-winning “Modern Family” and trailblazing comedy favorites “American Housewife,” “black-ish,” “Bless This Mess,” “The Conners,” “The Goldbergs,” and “Schooled”; the popular “Summer Fun & Games” programming block, including “Card Sharks,” “Celebrity Family Feud,” “Holey Moley” and “Press Your Luck”; star-making sensation “American Idol”; reality phenomenon “Shark Tank”; “The Bachelor” franchise; long-running hits “Dancing with the Stars” and “America’s Funniest Home Videos”; “General Hospital,” which has aired for more than 55 years on the network; and late-night talk show “Jimmy Kimmel Live!”; as well as the critically acclaimed hit special ”Live in Front of a Studio Audience: Norman Lear’s ‘All in the Family’ and ‘The Jeffersons.’” The network also boasts some of television’s most prestigious awards shows, including “The Oscars®,” “The CMA Awards” and the “American Music Awards.” ABC programming can also be viewed on ABC.com, the ABC app and Hulu.

Artist of the Decade
Taylor Swift

Artist of the Year
Taylor Swift

Tour of the Year
BTS

Favorite Music Video
Taylor Swift “You Need to Calm Down”

Favorite Song – Pop/Rock
Halsey “Without Me” 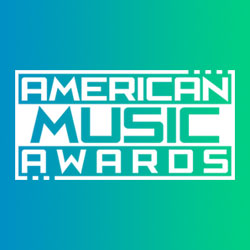