This is the first year that Lorde is nominated for an American Music Award and she is being showered with them. The New Zealand breakout star is nominated for four awards, including Favorite Female Artists – Pop/Rock and the night’s top title, Artist of the Year. After ruling the charts with hits like “Royals” and “Tennis Court,” we became completely entranced by her unique performance style. No one moves like Lorde does, and we totally think that’s awesome. Here is a guide to some of her best moves.

The “Yeah, I just flipped my hair like a boss.”

And then the flirty “RAWWWWR”

The punch-drunk love and happiness

We can’t wait to see what moves Lorde will bring to the AMAs stage. Did you hear who else is performing? The killer line-up so far includes 5 Seconds of Summer, Mary J. Blige, Charli XCX, Fergie, One Direction, Pitbull and Sam Smith.

Have you voted yet? Vote now. Vote tomorrow. And vote the day after that. Tune in to the 2014 American Music Awards Nov. 23 on ABC. 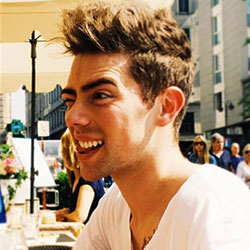